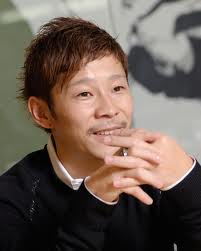 36 years old Yusaku Maezawa, a Japanese entrepreneur, is best known for his founding the online fashion store Zozotown in 2004. The website gives its users the experience of actual shopping mall with retailers setting up stores inside and selling a variety of designer wears on consignment. Zozotown as a website was completely unique and became a huge success overnight, drawing attention of thousands of Japanese youths below 35. Today, the website houses approximately 1,600 different brands, which are mostly Japanese, and has 4 million registered members.

Prior to this successful venture, Maezawa was a member of a Japanese punk band. He would sell his bands’ CDs, and during the time he himself developed his mail order business called Start Today which initiated and led to the launch of Zozotown in 2004. He owns about 59% stocks of the company. Currently, he is expanding company’s branch into overseas and one of them is a China venture with Softbank’s Taobao.com.