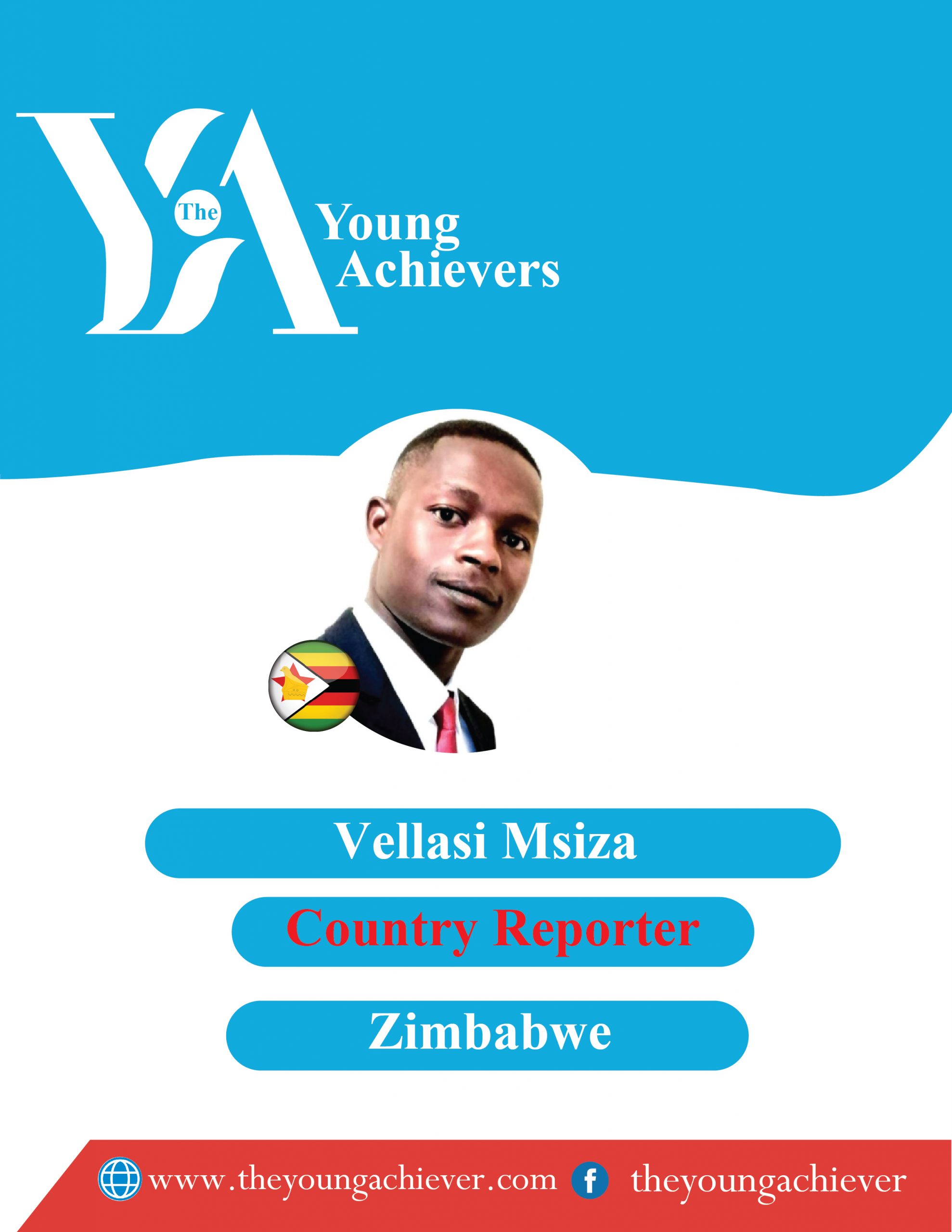 Zimbabwe Country Reporter, Vellasi Msiza is a young man who believed that there’s no barrier in life that cannot be broken. Vellas is the Director at Vellas Msiza Foundation, which is an uprising international relief and development organisation that inspires hearts and minds to come together and unite for the common goal of helping people worldwide. He’s one of the youths who wrote many articles that went viral like “Every Voice Deserves To Be Heard.” He is the Founder and President of Victory Mindset, a leading mentoring class dedicated to mentoring, offer entrepreneur skills, leadership development, motivation, goal setting, host talk shows, inspiration and skills for success. He is the Former President of Youth Forum Mentorship in Zimbabwe. Vellas is an eloquent Transformational Speaker, Author, Leadership Consultant, Counsellor, Mentor. Vellas Msiza is the Youth President for Embracing African Science. He refused to be limited by his background. Vellas grew up in the dust streets of Zvishavane. He then realized his potential later, that’s why he dedicated his life to help people across the globe to discover their potential. Mr Msiza’s passion is more into transforming the minds of the people, working on empowering youths across the globe through providing quality/effective education with his organisations. He is a Parliamentarian of SAzdC and African Union. Vellas is an author of two books (Africa wake-up and Victorius Mindset). He is also a human rights activist. Currently he has been appointed as the ambassador for Zimbabwe in International Crisis Summit (ICS).