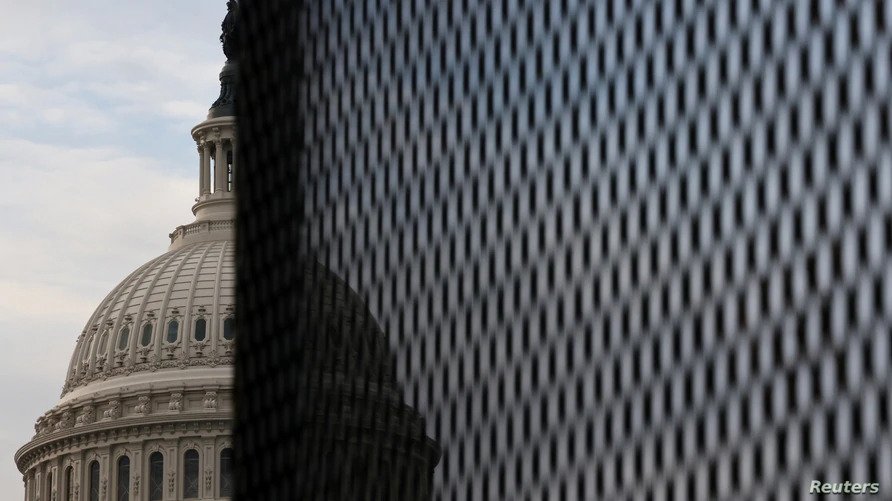 WASHINGTON – The Democratic-controlled U.S. House of Representatives moved Monday to impeach President Donald Trump in the waning days of his presidency, accusing him of “incitement of insurrection” in last week’s storming of the U.S. Capitol by a mob of Trump supporters seeking to overturn his reelection defeat.

Even though Trump’s four-year term expires at noon January 20, the four-page impeachment resolution said Trump has “demonstrated that he will remain a threat to national security, democracy, and the Constitution if allowed to remain office, and has acted in a manner grossly incompatible with self-governance and the rule of law.”

With the Democrats holding a slim majority, the House could vote on the impeachment resolution in the next day or two. A total of 218 Democrats have signed on to the resolution, ensuring a majority in the 435-member House without any Republican votes against the outgoing Republican president.

But it is unclear whether House leaders would immediately send the resolution to the Senate for a trial on whether to convict Trump and remove him from office, given that his term ends next week.

President-elect Joe Biden said it is his “hope and expectation” that the Senate could simultaneously hold an impeachment trial and confirm his Cabinet appointments after he takes office, while also approving more aid for the flagging U.S. economy wreaked by the soaring coronavirus pandemic.

He said Monday of the rioters, “It is critically important that there’ll be a real serious focus on holding those folks who engaged in sedition and threatening the lives, defacing public property, caused great damage — that they be held accountable.”

Biden also told reporters, “I’m not afraid of taking the oath outside,” referring to next week’s swearing-in ceremony, which traditionally takes place at the U.S. Capitol’s west steps, one of the areas where people stormed the building.

The president-elect offered his comments shortly after publicly receiving a second dose of the coronavirus vaccine at a hospital in Newark, Delaware, part of his effort to convince Americans that the inoculations are safe.

Even if Trump has already left office, a Senate impeachment conviction after his term ends could mean he would not hold federal office again.

While Democrats pushed for impeachment, House Republicans blocked a tandem Democratic effort calling on Vice President Mike Pence to invoke the 25th Amendment to the U.S. Constitution to try to remove Trump as incapacitated to continue to stay in office.

The four-page impeachment resolution cites Trump’s unfounded accusations that he was cheated out of a second four-year term by vote and vote-counting irregularities, his pressure on election officials in the southern state of Georgia to “find” him more than 11,000 votes to overtake Biden’s margin of victory in the state, and his statements at a rally last Wednesday urging thousands of supporters to march to the Capitol to pressure lawmakers to overturn the election outcome.

Trump, banned from Twitter for his false, incendiary comments alleging election fraud, has not publicly commented on the effort to impeach him a second time, which would give him a singular distinction among 45 U.S. presidents in the 245-year history of the United States.

The House impeached him the first time in late 2019, accusing him of trying to get Ukraine to dig up dirt on Biden ahead of last November’s election, but the Senate acquitted Trump in early February.

At last Wednesday’s rally near the White House, Trump told several thousand people, “If you don’t fight like hell, you’re not going to have a country anymore.”

The largely white mob that walked to the Capitol quickly overwhelmed police there, storming inside in droves, breaking windows, ransacking some congressional offices and scuffling with security officials.

Dozens of Trump supporters have been arrested and authorities are scouring security videos and social media accounts the rioters posted of themselves inside the Capitol to identify other wrongdoers. Five people died in the mayhem, including a police officer whose death is being investigated as a homicide.

In a letter to House Democrats late Sunday, Speaker Nancy Pelosi said, “We will act with urgency, because this president represents an imminent threat. The horror of the ongoing assault on our democracy perpetrated by this president is intensified and so is the immediate need for action.”

Pence has given no indication that he will play a role in trying to oust his boss before Trump’s term ends.

However, to Trump’s anger, Pence refused his entreaties to disavow the certification of the Electoral College outcome last week that showed Biden and Vice President-elect Kamala Harris had defeated Trump and Pence to oust them after a single four-year term in office.

Trump has refused to concede his defeat or call Biden with congratulations, but he has acknowledged there will be a “new administration” come January 20.

Trump has announced that he will not attend Biden’s inauguration, ignoring a long-standing tradition in the U.S. of an outgoing chief executive witnessing his successor take office as a show of the peaceful transition in power in the U.S. democracy.

Pence, however, does plan to attend the ceremony on the steps of the Capitol, which will be down-scaled significantly because of the surging number of coronavirus cases in the U.S.