US Hits Back at Russian Election Disinformation Ring 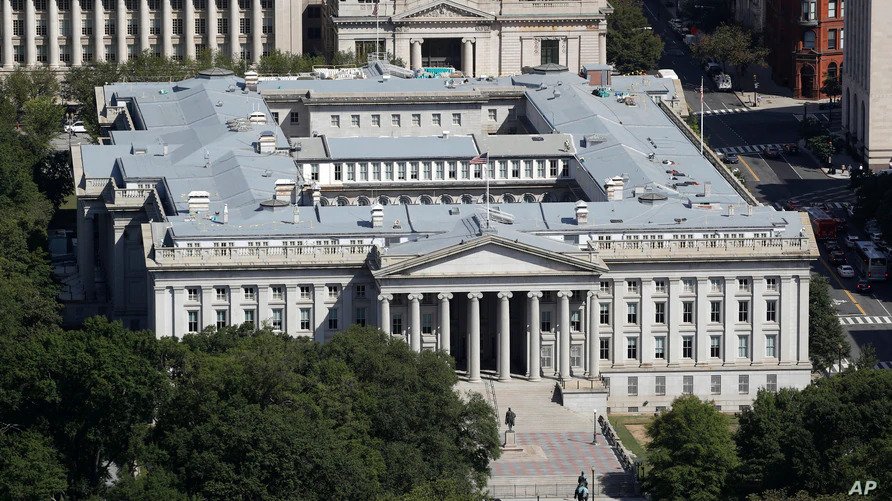 The United States is taking steps to punish members of a Russian-backed influence operation that sought to interfere with November’s election and damage the campaign of President-elect Joe Biden.

The Treasury Department on Monday announced sanctions against seven people and four companies, all connected to Ukrainian politician Andrii Derkach, previously identified by U.S. officials as a long-time Russian agent.

Derkach met with Giuliani in December 2019 as the attorney sought to collect derogatory information on then-candidate Biden and his son, Hunter Biden, and was also featured in reports by pro-Trump news outlet One America News Network.

Treasury officials sanctioned Derkach this past September, a month after U.S. counterintelligence officials warned he was part of a Kremlin-linked effort to undermine Biden and the Democratic Party.

Officials said those sanctioned Monday include members of Derkach’s inner circle, such as Oleksandr Onyshchenko.

Those recordings, released between May and July 2020, were then used in an effort to discredit Biden and other officials.

Another of member of the Russian-backed ring, Andriy Telizhenko, is accused of facilitating meetings between Derkach and unnamed U.S. persons.

“Russian disinformation campaigns targeting American citizens are a threat to our democracy,” Treasury Secretary Steven Mnuchin said in a statement. “The United States will continue to aggressively defend the integrity of our election systems and processes.”

Until now, the order has been used only to sanction Derkach himself and Yevgeniy Prigozhin, described as the financier behind Russia’s Internet Research Agency (IRA).

More sanctions, though, could be coming.

Last week, U.S. intelligence officials submitted a classified report on interference in the 2020 presidential election to the White House and other key administration officials that could allow the Treasury Department to take actions against other actors linked to Russia, as well as against those with ties to China and Iran.

Official: US Adversaries Taking Sides, Wielding Influence Ahead of Election  US counterintelligence officials, splitting with President Trump, warn Russian-linked actors are pulling for his reelection as China and Iran aim to put Democrat Joe Biden in the White House

So far, the Office of the Director of National Intelligence has declined to comment publicly on the report’s findings.

But in a letter to lawmakers last week, obtained by The Washington Post, Director of National Intelligence John Ratcliffe argued, contrary to the assessment of some U.S. intelligence agencies, China engaged in substantial efforts to influence the 2020 election.

U.S. intelligence officials, including Ratcliffe, also accused Iran of launching a voter intimidation campaign in the weeks leading up to the November presidential election, after actors linked to Tehran, and also Russia, managed to obtain voter registration information.

Other countries, as well, could be in line for election-related sanctions.

“We probably have 30 countries out there wanting to play in the influence game,” William Evanina, the director of the National Counterintelligence and Security Center told Hearst Television this past October.

Despite the various interference efforts, U.S. officials have said there are no indications any adversary was able to change any vote totals or prevent Americans from voting.