The Year of the Coronavirus and Its Legacy 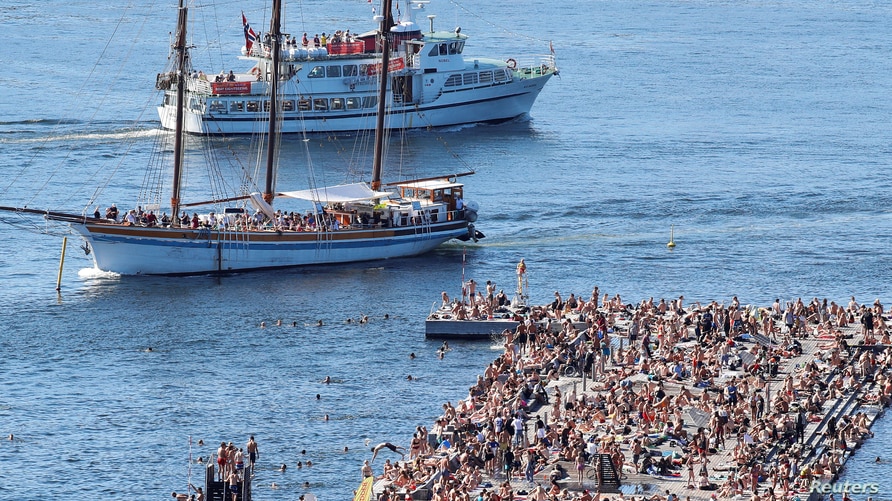 Will we ever return to normal?

And there are several additional questions.

Will vaccines against the coronavirus prove effective? How long will immunity last? Will sufficient numbers be inoculated to allow for viral suppression? Will the virus mutate, shape-shifting its genetics, forcing vaccine scientists to scramble in a game of catch-up?

And even if the virus is suppressed, will the longer term political, social and economic repercussions of the pandemic mean life will never quite return to “normal?” Furthermore, should we just want a simple resumption of the status quo?

The world was out of sorts with itself even before the coronavirus turned everything upside down. With the 2008-09 financial crash, established political orders already were being roiled by the rise of populism.

Writing in his pre-coronavirus book, “Age of Anger: A History of the Present,” Indian essayist Pankaj Mishra argued many people felt powerless, losing faith in traditional political authorities to protect them or in their ability to restore reassuring predictability.

Resentment was rising at the increasingly unequal distributions of wealth and power. The “left-behinds” wanted a new deal. And the rise of new powers also was starting to buffet the global status quo, reigniting old resentments and triggering new conflicts.

All of that was prior to the emergence of the deadly virus to test governments, adding yet more unpredictability and suspicion. And now the public health crisis has morphed into a multi-headed hydra of interlinked upheavals.

Tens of millions have lost their jobs. And when the full tsunami of economic repercussions hits, say economists, the ranks of the unemployed will swell. “While mass vaccination points to an end to the COVID-19 pandemic in the next year or so, it does not provide immunity against longer-term economic damage,” says Stephen Roach, a senior fellow at Yale University and former chief economist at Morgan Stanley, the New York-based investment bank. COVID-19 is the illness caused by the coronavirus.

“Recent research on the impact of 19 major pandemics dating back to the 14th century — each with death counts in excess of 100,000 — highlights the long shadow of the economic carnage,” he adds.

Governments are borrowing massively or burrowing deep into reserves to try to weather the pandemic, hoping that post-pandemic economic growth will pick up fast to restore equilibrium.

In Italian author Giovanni Boccaccio’s classic book, “The Decameron,” completed shortly after the 14th century Black Death, seven young women and three young men escape the bubonic plague and seclude themselves in a villa outside Florence. There they narrate 100 tales to occupy themselves. The book concludes with the group returning to Florence to pick up their former lives when the plague is over.

But pandemics and disease, like wars, leave their mark, and the history of pandemics suggests many won’t get to return to their pre-contagion lives. Plagues and pestilence have reshaped countries before. They can also doom empires. According to American historian Timothy Winegard, author of “The Mosquito: A Human History of Our Deadliest Predator,” published last year, a fresh virulent strain of malaria may have contributed to the decline of ancient Rome.

In England, the long-term effects of the medieval Black Death were far-reaching, according to historian Tom James, with “agriculture, religion, economics and even social class affected. Medieval Britain was irreversibly changed,” he wrote in a commentary for the BBC. The same happened to Boccaccio’s north Italy.

Analysts and historians warn the pandemic will cast a long economic shadow. “Long-lasting changes to the way we shop, travel and socialize are likely to significantly affect certain sectors,” says Stephen Machin, director of the Center for Economic Performance at the London School of Economics. “Uncertainty about the course of the pandemic means the recovery could be even slower. Consequently, the economic scars have considerable potential to cut even deeper,” he adds.

World economic output will be about 7%  lower than it would otherwise have been due to the pandemic, according to projections. The United Nations has warned an additional 207 million people could be pushed into extreme poverty by 2030, due to the severe long-term impact of the pandemic, bringing the number to more than a billion.

Other economists foresee an acceleration of the pre-coronavirus trend toward de-globalization, which in turn risks retarding economic growth, reducing per-person income. Mohamed El-Erian, the chief economic adviser at Allianz, a European multinational financial services company, has forecast “a general impetus to de-globalization.”

“Some individuals will be affected harder than others,” says Brian Bell, an economist at King’s College London. “Those most likely to become unemployed are the young, those with a lower level of qualifications, Black workers and those on low pay. Similar to previous recessions, the COVID-19 crisis has the potential to scar a large number of individuals, most of them already in a precarious situation,” he adds.

Likewise, it is the most vulnerable and poorer economies that will suffer the most. Oxford Economics, a consultancy, says, “Overall long-term economic scarring will be slightly higher in emerging markets than in advanced economies,” partly because of labor market rigidities, financial imbalances, and the tight limits governments can offer in terms of fiscal support to their citizens and ailing businesses. On its scorecard, the Philippines, Peru, Colombia, Malaysia, India and Argentina are among the countries likely to suffer the worst economic impact.

Will pandemic prompt any improvements?

Optimists say some good may come out of the year of the plague, though, much as some good also emerged from past pandemics. Historians say the Black Death hastened the end of feudalism, because of the impoverishment of many aristocrats and landowners.

While some fear even deeper political polarization, optimists note the coronavirus pandemic has seen signs of greater social solidarity, too. In the United States, there has been a mushrooming of mutual aid networks with appeals for help and offers of assistance broadcast on Facebook and other social media sites. Neighbors and the members of the mutual aid networks have helped feed the hungry, mask the mask-less and shop for the elderly and infirm. That could leave behind a sharper appetite for grassroots, social activism, binding neighborhoods more, say activists.

Likewise, Italians displayed a strong sense of civic solidarity throughout much of 2020. From hilltop Italian villages to large towns, many Italians have been scrambling to assist municipal authorities to ensure the elderly and vulnerable get food and attention. And it was Italians who led the way, as the world shut down in the early days of the pandemic, to display their support for front-line health workers by singing from their balconies. The spontaneous, choral nightly performance inspired other Europeans to follow.

For many white-collar employees, the pandemic saw a marked shift from office work to home-based employment, especially in well-wired advanced economies. Some observers forecast the move may well be lasting and that it has benefits. Home workers have more control over their time, allowing them greater freedom to decide when to do tasks, giving them greater choice in how to balance work, family life and leisure.

They don’t waste time commuting and some studies suggest there are productivity gains, too; although others worry about the loss of social interaction and say home-based employees risk becoming isolated.

Reducing commuter traffic also has environmental and climate benefits, reducing strain on transport infrastructure and costs and lowering greenhouse gas emissions, according to Capital GES, a Swiss-based employment consultancy that works in 25 countries. Some studies warn the climate benefits could be blunted, however, by increased heating and cooling of homes.

Climate-action campaigners hope the pandemic will act as a massive nudge to rethink the relationship between humans and nature, saying the coronavirus is a dramatic reminder that the natural world shouldn’t be taken for granted. Some governments say economic recovery plans are a once-in-a-generation opportunity to kickstart a green recovery.

“If 2020 has taught us anything, it is that we cannot have healthy people without a healthy planet,” says Inger Andersen, executive director of the United Nations’ Environment Program.