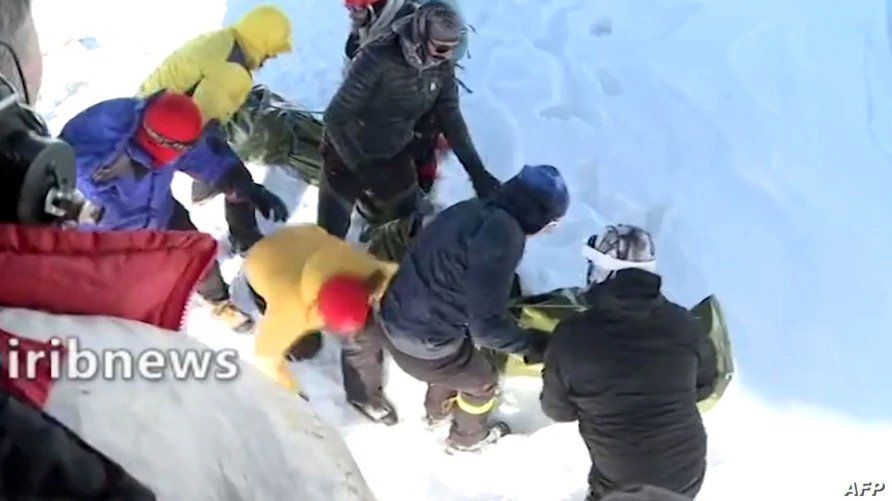 DUBAI, UNITED ARAB EMIRATES – At least 10 climbers have died and several more are missing in mountains north of Iran’s capital, Tehran, after heavy snowfall, state media reported Saturday, and the seven crew members of a ship are also missing after storms in the Persian Gulf.

Heavy snow and winds in several parts of Iran in the past few days have closed many roads and disrupted transport.

Several climbers remain unaccounted for since Friday when two deaths were reported, while the number reported as missing has increased as concerned families contact authorities, state television said.

Nine people were killed in the mountains and one died in a hospital after being rescued, Mehdi Valipour, head of emergency operations at Iran’s Red Crescent, was quoted as saying by state broadcaster IRIB.

Tehran lies at the foot of the Alborz mountain range, which has several ski resorts.

Separately, Iranian maritime authorities were searching for the seven crew members of an Iranian transport vessel that capsized in rough Gulf waters on Friday, the semiofficial ISNA news agency reported.

“We are trying to find the missing by mobilizing all our facilities and forces, and informing passing vessels and the naval search and rescue centers of Oman, the United Arab Emirates and Pakistan,” Esmail Makkizadeh, deputy head of Iran’s regional maritime body, was quoted as saying by ISNA.