Singapore’s Prime Minister Is Suing a Blogger for Defamation 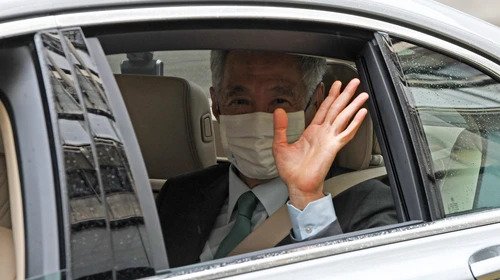 The trial of a citizen blogger being sued for defamation by Singapore Prime Minister Lee Hsien Loong kicked off on Tuesday, in a case that will be closely watched by freedom of expression advocates in the Southeast Asian country.

With Lee expected to testify, the case has also generated widespread public interest, with all 20 seats in the public gallery distributed to viewers who lined up for the first hearing at Singapore’s High Court.ADVERTISEMENT

Lee’s lawyers have argued that Leong’s shared post contained “false and baseless allegations” and was “highly defamatory.” After Leong’s failed counterclaim in the appeals process, he was ordered to pay Lee costs of $20,000.

The High Court will issue a final ruling on the case.

Lee, leader of the People’s Action Party that has dominated Singapore politics for more than half a century, has often threatened critics and foreign media outlets with legal action. Rights groups view the lawsuits as political tactics to stifle dissent but politicians have defended them on grounds that they have the right to protect their reputations.World News

Leong’s lawyer Lim Tean, who was arrested by police last week on charges he called “politically-motivated,” said he is up against Lee’s defense team of five lawyers.

The prime minister’s lawsuit echoes a case in 2014 which saw Singaporean political blogger Roy Ngerng successfully sued for defamation. Ngerng, now living in Taiwan, previously said he was “proud” of being able to stand his ground against his prime minister and cross-examine him in court.

“For the prime minister to sue someone to protect his personal reputation only fuels further distrust among citizens,” Ngerng told VICE News.

“No government or government official should be allowed to sue to protect themselves when there is no equivalent transparency to justify the basis for protection. This will only result in rot in the system when there is such a huge power imbalance.”

Law professor Eugene Tan from Singapore Management University said that under the legal system, politicians and government leaders are entitled to the same legal protection that ordinary people have, “so Singaporean political leaders going to court to protect their reputation and standing from unfounded attacks is seen as vitally necessary to ensure that their fitness to govern is not diminished.”

“Unless Leong can provide proof that there was collusion between Lee and then-Malaysian leader Najib Razak, he will have an uphill task in persuading the court that his sharing of an article from a Malaysian website was not defamatory,” Tan said.