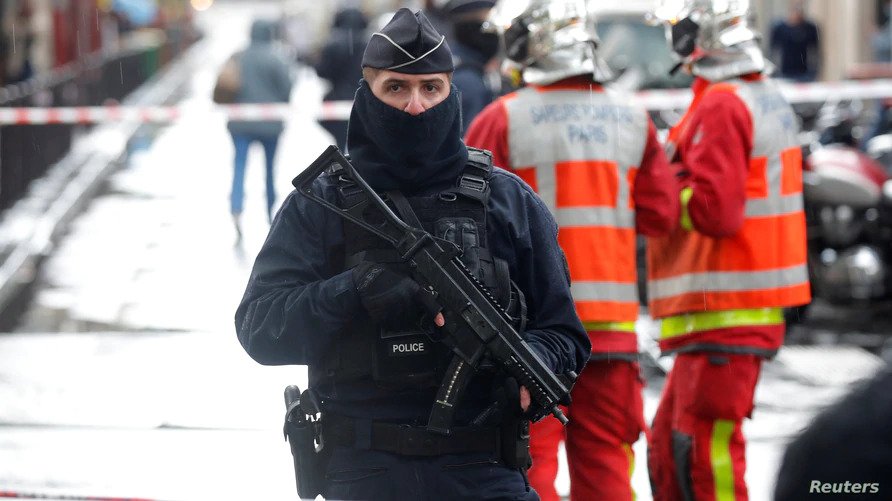 LONDON – Europe has faced a series of terror attacks on its soil during 2020, prompting the European Union to pledge a crackdown on extremism both online and within communities, alongside enhanced security at its borders.

France was once again a target for numerous terror incidents throughout the year.

In September, echoes of past attacks returned to haunt the country as four people were wounded in a knife attack outside the Paris offices of the satirical magazine Charlie Hebdo. The French government said the 18-year-old suspect arrived in the country three years ago and is of Pakistani nationality.

In 2015, gunmen killed 12 people in the same offices, after the magazine had published cartoons of the Prophet Mohammad.

Those cartoons were used earlier this year by teacher Samuel Paty in a class on freedom of speech at a school outside Paris. In October, a Chechen teenager lay in wait outside the school, stabbing and beheading Paty in an attack that shocked France.

Just days later, three people were stabbed to death in a church in Nice. The attacker, an Islamist extremist, had arrived in France as a refugee from Tunisia.

The attacks prompted French President Emmanuel Macron to unveil a new anti-radicalism plan, as he declared that Islam was “a religion in crisis” all over the world.

His comments sparked fury and protests across the Muslim world. But the French president was unperturbed. Macron launched a crackdown on radical preachers, closed several mosques and asked Muslim leaders to support a charter of French “republican values.”

“This is a challenge for many countries that are trying to deal with extremism and terrorism and security issues,” said Julie Norman, a security analyst at University College London who advises the EU’s Radicalization Awareness Network (RAN).

“How do you as a state respond in very necessary ways to prevent attacks and to ensure security, but at the same time not alienate citizens, civil liberties or a sense of cultural integration?” she asked.

The attacks were not confined to France. A failed Syrian asylum-seeker fatally stabbed a tourist in the German city of Dresden in October. He was later identified as an Islamic State supporter who had arrived along with millions of other refugees in 2015.

In November, four people were killed and 23 injured when a gunman rampaged through the Austrian capital, Vienna. The attacker was an Islamic State sympathizer known to security services.

European leaders held an emergency meeting following the Vienna attack and pledged greater security checks on the borders of the EU to intercept extremists.

“They are ticking time bombs,” said Austrian Chancellor Sebastian Kurz. “If we want to protect all our freedom, we must restrict the freedom of these people.”

But terror analysts say the biggest threat comes from so-called homegrown terrorists who have been radicalized in Europe.

“The idea of kind of blaming asylum policies or blaming refugees and immigrants is a little bit misguided. Not only does it increase the chance of scapegoating those communities, but it just simply is not where most of the threat is usually located,” analyst Norman told VOA.

The fierce political divisions are playing into the hands of extremists, said Sajjan Gohel, international security director at the Asia-Pacific Foundation.

“We must do our best to build bridges,” he told VOA. “When there are separations and divisions, it’s exploited by terrorist groups. But Europe must always retain its values that it deems to be important, which are freedom of expression, even if sometimes that can be controversial.”

Even as Europe tries to tackle Islamist radicalization, far-right terrorism is a growing problem. Britain’s security services said that in 2020, eight of the 27 advanced terror plots it has foiled involved right-wing extremists.