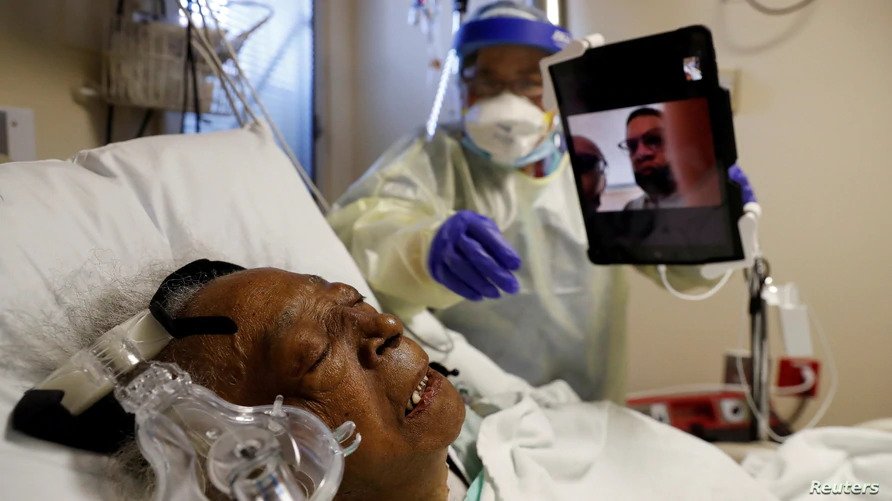 On the penultimate day of 2019, health authorities in Wuhan, China, issued an urgent notice.

Hospitals in the city had seen several patients with a “pneumonia of unknown cause.” Medical institutions should step up their emergency plans, the notice said.

A year later, more than 1.6 million people are dead from COVID-19.

The United States has nearly one-fifth of them but just 4% of the world’s population.

Before the pandemic, experts ranked the United States as the country best prepared to deal with an outbreak.

“We were wrong,” said Lawrence Gostin, director of the O’Neill Institute for National and Global Health Law at Georgetown University, part of the team that created the ranking.

A series of failures has made the United States among the world leaders in rates of new cases and deaths per capita.

Here is a look back at some of the key moments when things went wrong this year.

The first tool that doctors need to control any outbreak is an adequate supply of accurate tests to determine who is infected.

On this, the United States failed early and often.

“Rather than rely on tests that were already proven, like tests from (the World Health Organization), which were being made available to the U.S.,” Gostin said, the Centers for Disease Control and Prevention “decided that it was going to produce its own test. That test turned out to be a faulty test.”

A manufacturing problem with one of the ingredients rendered the tests inaccurate. Regulations barred hospital and university labs from producing their own tests until March 3, when the Trump administration lifted the restrictions.

Vice President Mike Pence promised that millions of tests were on their way in the second week of March. But supply shortages, backlogs and long waits for results lasted for months and still are not completely resolved.

That let the virus get out of hand.

By undermining health officials and encouraging people to disregard their advice, President Donald Trump has helped the virus to spread, experts say.

“This wasn’t an administration that was used to dealing with experts,” said University of Michigan medical historian Howard Markel. Trump “not only didn’t appreciate them, [he] didn’t even respect them.”

For example, when the CDC first recommended on April 3 that people wear cloth masks in public, Trump read the announcement from the White House press room podium, then undercut it in the next breath.

“This is voluntary. I don’t think I’m going to be doing it,” he said.

Trump contradicted National Institute of Allergy and Infectious Diseases Director Anthony Fauci on whether the anti-malaria drug hydroxychloroquine could treat COVID-19. Trump repeatedly backed the drug before conclusive studies were done. Fauci was skeptical. Studies would later show it did not work.

The president at one point also advocated injecting disinfectants or shining ultraviolet light inside the body.

In politically polarized America during the 2020 election year, even a deadly pandemic became partisan.

When out-of-control outbreaks forced communities into lockdown, politics muddled the difficult balance between protecting health and the economy.

“When the president of the United States urges insurrection against those measures, that’s not a small thing,” Gostin said. “That is a devastating blow to the ability of our nation’s leaders and public health agencies to actually fight this pandemic.”

“Not only was it inappropriate, it was very potentially dangerous,” Markel added. He noted that authorities later broke up a plot to kidnap Michigan’s governor.

Even masks, one of the few effective prevention measures, got caught up in partisan politics.

Trump refused to wear a mask in front of reporters while touring an auto plant in May because, he said, “I didn’t want to give the press the pleasure of seeing it.”

“The United States is literally the only country in the world where a mask is not a mask. It’s a political and iconic symbol,” Gostin said. “And that’s because the White House so politicized it. It became a red state-blue state issue, when it was really just all of us trying to protect each other.”

Leaders were not the only ones to blame. Americans ignoring public health warnings have kept the virus going.

“We just seem to be, as a nation, incapable of doing the little things that would keep each other safe, like masks or distancing,” Gostin said.

For example, cases were trending downward in late May. Then came Memorial Day.

Images came in of beaches and pools crowded with maskless people. Cases started climbing again soon after and continued until mid-July.

“We saw a big surge after Memorial Day, after Labor Day and now at Thanksgiving,” Gostin said. “And we’ll see one again at Christmas.”

Despite the many failings, experts credit the Trump administration for pouring billions of dollars into developing a vaccine.

The administration dubbed its crash drug development program Operation Warp Speed, which critics said did not inspire confidence that its products would be safe.

But experts say no corners were cut in a record-shattering process that took less than a year to deliver a vaccine that regulators have found to be safe and effective.